In Spring HS football team quest to bring the school its 1st EVER district championship, the Mighty Lions wins against an undefeated Klein Collins squad 36-30. 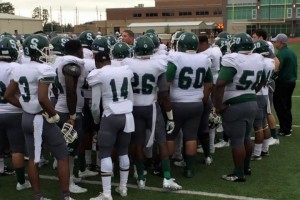 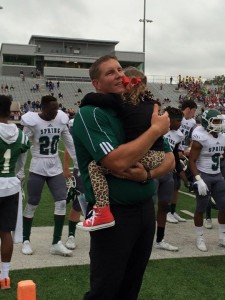 Spring shocked previously unbeaten Klein Collins on Saturday in a 36-30 win. The significance of that win means Spring could hoist a 15-6A championship trophy for the first time ever. As in, first district title of any kind in football.

The Lions are now tied with Klein Collins at 5-1. A win over Klein Oak gives them a trophy.

The fact that this could be the first time is a surprising stat that even caught Spring head coach Sam Parker off guard. The school has been open since 1969.

“It’s really big,” Parker said. “Not just the fact that it’s one of the best districts in the state. It also has never been done at Spring High School.”

It’d be a nice end to the regular season for a team that’s been through some adversity. Spring was part of a midseason brawl with Westfield that saw players on both side suspended and even both head coaches voluntarily suspended for one game.

Both teams had to forfeit the game. It was a lesson for the Lions.

“We were only just this week able to put it behind us,” Parker said. “Our starting defensive tackle Bravvion Roy had been suspended up until last week. This week against Collins was his first week back. This was a huge game for him.

“I think how we have done it is just focus on us. I think that’s what lead to the situation to begin with. We started getting worried about controlling somebody else. That’s not us. Just control us. No matter what happens. Good or bad. Control what we do.”

No Events This Week

Events are added by athletic staff.
View All Events